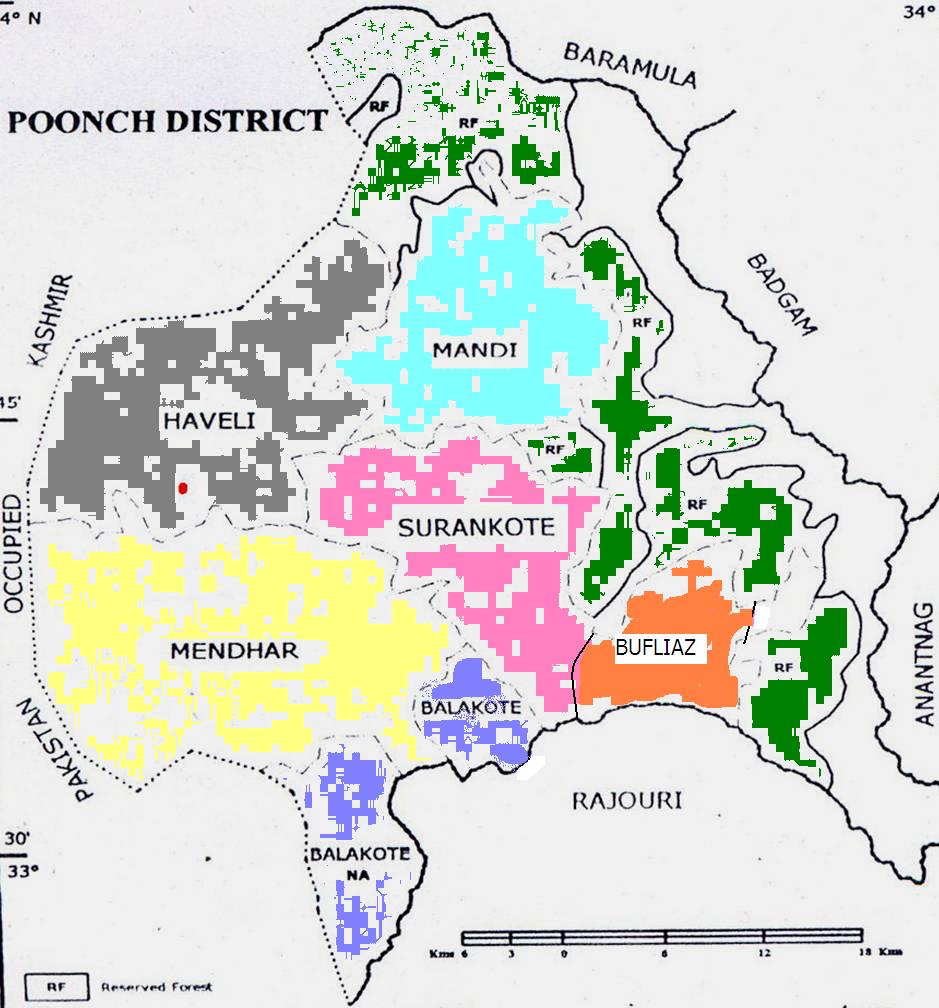 Please Click on the Block in the map to see details

District Poonch which is popularly known as mini Kashmir is the smallest in area and the remotest district of Jammu and Kashmir state. It is bounded by the Actual Line of Control (ALC) from three sides.The ALC is about 103 Kms. from Tarkundi in Balakote to Sawjian in Mandi Block. Poonch has witnessed many historical events and has been ruled by outsiders and locals at different junctures till it became a part of independent India.In the 6th Century A.D. Chinese traveller Huien Tsang passed through Poonch. He wrote that Poonch was famous for graphics, fine tea (Musloom) and good horses. Around 850 A.D., Poonch became a sovereign state when Mr. Nar, a horse trader declared himself Raja of Poonch . In 1596 A.D. Mughal King Jehangir nominated Siraj-ud-din of village Kahuta as Raja of Poonch . In 1798 A.D. a Gujjar leader Rooh-ullah-Sangu became the ruler of this area.